The Institute´s history is closely associated with the organization of the Strážnice Ethnographic Festivity. It was in 1947 when the chateau in Strážnice was chosen to be seat of an expert institution or school which was supposed to deal with traditions of folk culture and to organize a folklore festival. However, the then festival office became professional and it was extended only in 1956; this laid foundation of the Regional Centre of Folk Art.  Vítězslav Volavý was appointed director of the new institution.

According to the decision adopted by the Regional National Committee in Gottwaldov (Zlín today), the Centre was to organize the development of folk art, to collect and preserve folk art´s documents, and to support cultural and educational facilities in terms of methodology. Alongside the transformation in the administrative division of the country in 1960, the Centre was directly controlled by the South-Moravian Regional National Committee in Brno. The Centre´s mission and activities did not change, but the systematic methodological activity was extended. The Regional Advisory Body for Folk Dance and Festivals of Folk Songs and Dances was established, and four groups of instructors for the important areas of the South-Moravian Region were founded. 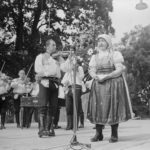 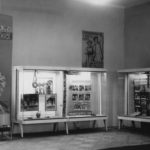 In the late 1950s, different exhibitions were installed in the chateau, the quantity of items in collections and expert library increased, and first publishing activities occurred. This positive trend accelerated after the arrival of Josef Tomeš, who deepened the scientific, research and documentation work, linking it with the methodical, cultural, educational and mainly publication activities. In 1964, he became the editor-in-chief of the new professional journal Národopisné aktuality [Ethnographic News]. At that time, the specialization of the Strážnice Centre was specified again. The methodological tasks related to ensembles of folk songs and dances were transferred to the Regional Centre of Culture in Brno. The Regional Centre of Folk Art was in charge of the preparation of ensembles and rural groups for the International Folklore Festival in Strážnice, and of the methodological influence on regional folklore festivals and festivities in the South-Moravian Region. The increasing level of the Centre´s professional and cultural-educational work was mirrored in its basic documents.

In 1968, the South-Moravian Regional National Committee approved new organizational rules. The Regional Centre of Folk Art was renamed the Institute of Folk Art (ÚLU) in Strážnice, and the chateau became the House of Czechoslovak Ethnographers. It was in the late 1960s and early 1970s, when the strategy of the Institute as a specialized ethnographic institution was finished; the Institute was supposed to study and document traditions of folk culture, and to offer its visitors a complex image of the folk´s life and culture in a corresponding scientific compression. This should be supported not only by the International Folklore Festival, but also by exhibitions in the Strážnice chateau, large publication activity as well as the open-air museum, which was believed to extend the listed areas of Strážnice Old Town and Petrov Wine Cellars called Plže. The construction of the Open-Air Museum of Rural Architecture in South-East Moravia started in 1973 and its first section was open to the public in 1981.

The Institute´s activity was extended again in the 1970s. The research fellows engaged in team research projects and they worked as leaders of several sub-commissions of the Czechoslovak Section of the International Commission for the Study of Folk Culture in the Carpathians and Balkans and in the Czechoslovak Ethnological Society at the Czechoslovak Academy of Sciences; beginning with the year 1972, they took part in the solution of partial tasks of the State Plan for Fundamental Research. The Institute of Folk Art (ÚLU) became a place to organize scientific conferences and seminars, often with international participation ( e.g. Strážnice symposiums whose results were published in the series of anthologies Lidová kultura a současnost [ Folk Culture and the Present] and in many other independent works). The creation of databases for methodological and research activities was an important group of activities carried out by the Institute´s research fellows. The ÚLU became a centre with large documentary collection of various folklore events, especially festivals, from Czechoslovakia, and the documentary collection of folk habits and customs, especially the Carnival ones; here one can find written documents, photos, movies, sound records etc. The ÚLU published an edition with 14 SP vinyl records with folklore. It was, however, a frequently used institution for expert and advisory activity. After Vítězslav Volavý it was Jan Souček who became the Director (1983-1986); he was followed by Miloš Říha (1986-1989). 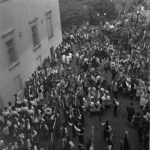 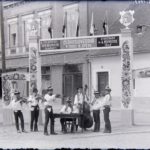 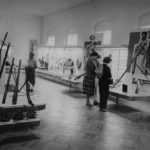 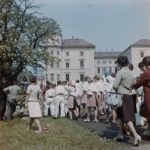 The Institute of Folk Art underwent its greatest transformation in 1990. Already at the end of the year 1989 the Institute was led by Josef Jančář who was its director between 1990 and 1996. He emphasized the supra-regional importance of the Institute´s advisory, organizational and documentation activities and the need for international cooperation. After regional national committees were dissolved in 1990, the Institute was transferred under the direct control by the Ministry of Culture, which established it, as of 1st January 1990, as its specialized expert institution with the name “Institute of Folk Culture in Strážnice”. The Institute was established to collect, preserve and treat the documents on traditional folk culture, to administer, care of, preserve collection of tangible documents relating to the history of (especially folk) culture development and make them accessible, to organize folklore and educational events, to take part in international activities in the field of folk culture, to deliver advisory and information services, to ensure expert documentation services for all kinds of folklore activities in the Czech Republic, and to publish the results of its activity in professional journals and publications (since 1990, the Institute has been publishing the periodical “Journal of Ethnology”). The Institute’s activity has focused on several national projects.

These included, first, the video-documentation of folk dances in 1992–1997. Step by step, more than one thousand dances danced by approximately 2 500 dancers were recorded. They were made available on 14 video-cassettes with enclosed dance textbooks – Lidové tance z Čech, Moravy a Slezska [Folk Dances from Bohemia, Moravia and Silesia] (Strážnice 1994–1997). The f finished task helped win a UNESCO grant in 1996 to document selected folk crafts and folk art production. After the UNESCO Conference during the jubilee 50th International Folklore Festival in Strážnice, the Institute was awarded a UNESCO grant to work out a methodological material on the measures against unsuitable forms of traditional folk culture´s commercialization.

The Ministry of Culture with its Decision No. 18 823/2003 from 30th December 2003 decided to change the name of the Institute of Folk Culture in Strážnice into the National Institute of Folk Culture (NÚLK). The Foundation Charter was, with effect from 1st January 2004, supplemented by the authorization of the Institute to be national expert institution for information, educational and methodological services to document traditional folk culture and to care of it, to organize specialized trainings for volunteers and professional staff in the branch, especially in relation to authorized expert workplaces which carry out similar services in regions. The National Institute of Folk Culture has become an internationally acknowledged and specialized institution, and an expert and educational centre for all kinds of traditional folk culture´s branches in the Czech Republic. It is seat of the Czech National Section of CIOFF – a UNESCO non-governmental organization for folklore festivals and folk art.

Your ticket for: History of the National Institute of Folk Culture